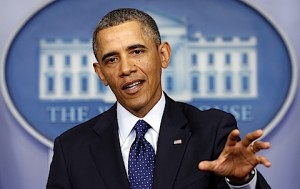 months before the 2008 Presidential election, I wrote the following letter to the President, then Senator. Last year, I again sent the letter, as I reasoned that due to the hectic realities of his campaign, headquartered in Chicago, he may well have not received it. I trust he will not mind me sharing it with you.

Since the inception of your campaign for President, I have watched and witnessed, with pride and admiration, your growth and maturation as a statesman, not simply a politician. There can be little honest doubt of your sincerity, patriotism, love of family, God, and country.

I believe that, in the Divine order of things, free will notwithstanding, even at birth, we are imbued with purpose. It is a purpose that, if the heavens abide, we are disposed to someday acknowledge, and when acted upon, have others bear witness.

In the course of human history, few men or women are called upon to stand in the gap. Few are charged to be both the messenger and the vehicle of change; to be both the model and the artisan of hope; to be both composer and conductor, to toast the good of the past, while leading the way toward the future.  Such is your fate, your blessing, your burden, and your challenge, taken now in concert with the active participation of us all.

And so, thanks. Thanks for hearing and heeding the summoning voices of the Ancients who have gone before, and who still cast a guiding light. Theirs are voices few can discern, and even fewer can or will answer.

As we go forward together, as a country, and as a world nation of human beings bound by remarkably similar desires and needs, rest easy. Rest easy in the knowledge that even your enemies will be humbled, though not silenced.

Discordant voices will surely rise like weeds amongst bright leaves of grass. So be it. There will be the inevitable clouds and storms, but above it all the sun always shines. Always.

Since those days in 2008, much has transpired, as unadulterated history will attest. One thing is clear to those with an open mind, clear eyes, the ability to reason objectively, and an I.Q, above single digits: this country is  by far the better for Barack Obama having been and yet being President of The United States.